Join our first Caribbean webinar of the new year on Tuesday, March 16, 2021 at 10:30am, where we'll hear from some of the top industry leaders in finance, brokerage, and development on what's happening in the Caribbean hotel market, and discuss what we're seeing after the conversation in moderated networking breakouts.

This event is free for members and $15 for nonmembers. New to ULI? Contact max.helden@uli.org to attend this event for free as a guest participant.
Register Yourself Register Two or More
View Event Attendees 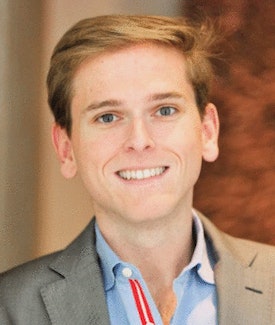 Juan Corvinos Solans is responsible for the expansion of Hilton’s portfolio of brands throughout Latin America and the Hispanic Caribbean. In this senior leadership role since September 2017, Corvinos is overseeing a group of talented executives who collectively drive the company’s growth strategy across the region. Most recently, Corvinos served as Managing Director - Development, Mexico, Central America, Andean region and Hispanic Caribbean since 2013. During his tenure, he made a positive impact on the company’s pipeline in Latin America, where the number of deals signed since his arrival grew by 100 percent. Corvinos joined Hilton in 2010 in Malaysia as part of the human resources team. He showed interest in driving the company’s presence in key markets and quickly migrated to join the development team for the Iberian Peninsula the same year. In 2011, he transferred to London and accepted a role as Manager, Development for Europe and Africa until August 2013, when he moved to Hilton’s headquarters in McLean, VA for a stint as Manager, Luxury and Corporate Development for the Americas. He holds a bachelor's degree from Escuela de Hosteleria de Sevilla where he specialized in international law and business, and a Master Certificate in Hotel Management from Cornell University. When he is not traveling, Corvinos spends most of his leisure time devoted to voluntary teaching and fundraising activities.
View in Member Directory Will open in a new window Lalos is a Director at Hodges Ward Elliott with eight years of experience in commercial real estate. She is primarily responsible for originating and executing institutional-grade hotel and resort property transactions, including investment advisory, debt and equity placement, and loan sales throughout North America.
View in Member Directory Will open in a new window 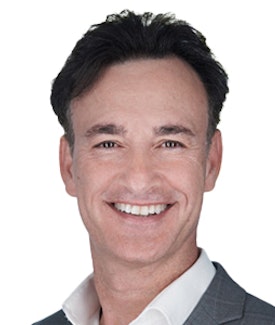 Adam Greenfader is a global real estate professional with a proven track record in over 52 new construction projects in the Caribbean, Puerto Rico and the United States. As managing partner of AG&T, Adam's principal responsibilities is in connecting capital with development opportunities. Adam is passionate about resiliency – Green building practices. Adam speaks English, Spanish and French and holds a Master of Real Estate Development from the University of Southern California. He currently Chairs the Caribbean Council at the Urban Land Institute and Florida Liaison Committee of the Puerto Rico Builders Association. For more info. www.agandt.net
View in Member Directory Will open in a new window 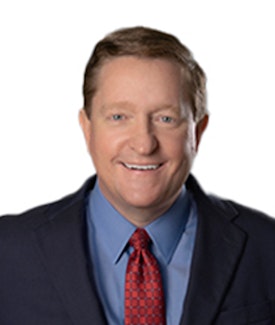 Brad serves as the CEO of Discover Puerto Rico the island’s Destination Marketing Organization. He serves in various leadership roles with a variety of organizations. He is currently on the Board of Directors of the U.S. Travel Association and member of their Executive Committee. Also, he is part of the National Council of State Tourism Directors, and has previously served on numerous boards and councils, including DMAI, American Red Cross, United Way of Horry County, Careteam, Junior Achievement, Donate Life of South Carolina and Coastal Carolina University. He also holds a Master’s Degree from Moody Bible Institute.
View in Member Directory Will open in a new window Rogerio leads all initiatives related to tourism in Latin America for IDB Invest, the private sector arm of the Inter-American Development Bank Group. In his capacity as Head of Tourism, he is responsible for origination, investments, and for executing IDB Invest’s tourism strategy in the region, offering a variety of financial instruments including debt, mezzanine and equity. Rogerio has executed over US$550M in tourism transactions in the region spanning from hotels to conference centers. With over two decades of experience in banking, private equity, development, and strategy consulting within the hospitality and real estate sectors, Rogerio has held a variety of positions across top global firms, working across a variety of domestic and foreign markets, with a strong focus in Latin America. Prior to joining IDB Invest, he was Chief Investment Officer at Key International, a Miami-based real estate investment and development platform active across many industry sectors. He also served as EVP Acquisitions & Development for Terranum Hotels, an owner and operator of hotels across Latin America, sponsored by Colombia-based Santo Domingo Group and Sam Zell’s Equity International. Early on in his career, Rogerio worked for over 11 years at Ernst & Young in Miami, where he was responsible for leading the firm’s real estate and hospitality advisory activities in Latin America across a wide variety of real estate asset classes. His operational skills are drawn from his tenure at Four Seasons Hotels and InterContinental Hotels Group. Mr. Basso is often quoted in industry publications on hospitality trends and topics, and is a guest speaker at industry related conferences in the United States and Latin America. He also served as a professor of feasibility analysis for the graduate hotel management program at Florida International University. Rogerio holds a business degree from the College of William and Mary and a master’s degree from the School of Hotel Administration at Cornell University. Rogerio is fluent in English, Spanish and Portuguese and has working knowledge in French.
View in Member Directory Will open in a new window Christian Charre is a Senior Vice President with CBRE Hotels, focused on serving owners and investors in Florida, the Caribbean and Latin America. A hospitality professional with more than 25 years of expertise, Mr. Charre has sold in excess of $5 billion in hotel assets and has been involved with the operations, underwriting and asset management of numerous hotels and resorts worldwide. Prior to joining CBRE, Mr. Charre formed The Charre Group where he and his team earned a reputation in South Florida as a trusted real estate investment banking firm and advisor dedicated to the lodging industry. Mr. Charre also spent 10 years with Jones Lang LaSalle Hotels in Miami as Senior Vice President where he opened their Latin America and Caribbean office and built relationships with investors and lenders throughout Latin America and the Caribbean. During his tenure, Mr. Charre was involved in transactions, financing, asset management, operator selection and valuation throughout the region. Prior to joining Jones Lang LaSalle Hotels, Mr. Charre was Vice President of Investment Sales at Hotel Source, Inc. in Chicago. Before returning to the United States to join Hotel Source, Inc. he spent two years in Moscow, Russia, as Chief Financial Officer for AeroIMP, a Canadian joint venture between IMP and Aeroflot. Mr. Charre also held various positions as CFO and Director of Finance with Hilton and Club Med. With Hilton Hotels Corporation and Club Med he held positions in various countries including France, Spain, Japan, Switzerland, Indonesia, Mexico, Dominican Republic and the United States.
View in Member Directory Will open in a new window